THURSDAY, JULY 2, 7:00 p.m. VIA ZOOM*
* ZOOM invitation on email with Picture of His Life Vimeo link. 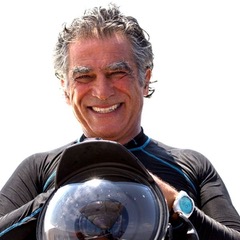 Amos Nachoum is an adventurer, a conservationist of the oceans and their inhabitants, and one of the world’s great underwater wildlife photographers (with a particular penchant for great white sharks and other predatory marine species). He is the founder of BigAnimals Expeditions, and co-founder of Israel’s Marine National Park on the Red Sea. Amos’s award-winning photographic work and essays have appeared in publications the world over. The expedition chronicled in Picture of His Life has been the pinnacle of a dizzyingly lofty career that shows no signs of slowing.

Patrons of our Festival over the years are quite familiar with writer/director Dani Menkin’s documentary work: audience favorites have included three of his films – the Israeli Academy Award-winning 39 Pounds of Love and Dolphin Boy (co-directed with Yonatan Nir), and most recently, On the Map.  When not working on his own projects – including Picture of His Life, which was, all told, ten years in the making – Dani is a speaker and film juror at international festivals around the world, as well as a film professor at universities in the U.S. 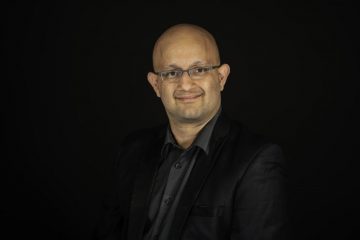 Alon Gur Arye is a prolific Israeli comedy writer and director. Over the last decade, he has created, written, and directed hundreds of hours of TV for most major broadcasters. Among his award-winning films are Israeli Intelligence, Operation Egg, and Mossad!   Alon gives lectures and writes a column on cinema history for Ynet, Israel’s most popular news portal.

David Himmelstein began his writing career as a speechwriter for Senator Edward Brooke. He transitioned to journalism, was awarded a Neiman Fellowship in Journalism at Harvard, and shortly after that, a fellowship from the Writers Guild of America, which launched his screenwriting career. His movies have ranged from politics to sports to horror and suspense — starting with Power, directed by Sidney Lumet, starring Richard Gere, Denzel Washington and Julie Christie – and include Village of the Damned, Soul of the Game, and Bad Company. 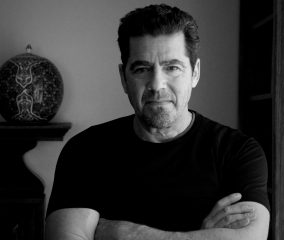 Tod Lending is an Academy Award-nominated and national Emmy-winning producer/director/writer/cinematographer whose cutting-edge films around social justice issues and minorities have aired nationally on ABC, CBS, NBC, PBS, and HBO.  His work has screened theatrically, been televised internationally in Europe and Asia, and has been awarded at national and international festivals.
Back to Top