Join us at the State Museum of Pennsylvania as we celebrate the Opening Night of our 25th season with The Last Suit, a funny, touching road movie that has received Audience Awards at film festivals across the US.  The Last Suit tells the story of 88-year-old Abraham Bursztein, who travels solo from Argentina to his native Poland – an 8000 mile journey – fueled by sheer determination and the kindness of strangers, in order to fulfill a promise made 7 decades ago.

Enjoy this beautiful film and stay afterwards to help us usher in our Silver Anniversary season with a delicious dessert reception.

Celebrating its 10th year as a feature of our festival, the Book Club Film is among the most highly anticipated events of Festival Week.  If history is any guide, whether you read the book ahead of time, then see the film and participate in the discussion, or you simply come to see the film and stay to listen and learn, you’ll be glad you got up on Sunday morning to join us at the Midtown.

This season’s selection, The Tobacconist, takes place in Vienna, 1938,  where the rumblings of war provide the backdrop for a young man’s coming of age.   Starring Bruno Ganz as Sigmund Freud, who opens his home to the desire-addled young man in the throes of first love.

Please join us after 9:15 a.m. for bagels & coffee, followed by a 10:00 screening of The Tobacconist and a discussion of the novel and its screen adaptation with Professor Helen Khanzhina.

Author and scholar Dr. Yelena (Helen) P. Khanzhina-Wexler earned her Ph.D. in World Literature from the University of St. Petersburg (Russia). Professor Khanzhina-Wexler immigrated to the United States in the 1990s, where she has continued to teach literature and writing at the university level.

In a country where the rate of Jewish assimilation is among the lowest in the world, writer-director Isaac Cherem’s Leona has met with more resistance than he ever would have imagined, and more than would seem reasonable to non-Mexican-Jewish eyes.  A family drama, Leona tells the story of a young woman who falls in love with the “wrong” man, and must decide how high the price is that she’s willing to pay for her choice.

“One Just for Me” is the name we’ve given to a special, mid-morning screening designed for stay-at-home moms or dads with school-aged kids, and others whose schedules make it difficult for them to get to afternoon and evening Film Festival screenings.   We are so pleased that Leona‘s writer-director Isaac Cherem will be on-hand, live and in person, for a Q&A after both Sunday evening’s and Monday morning’s screenings of his film.  Please join us! 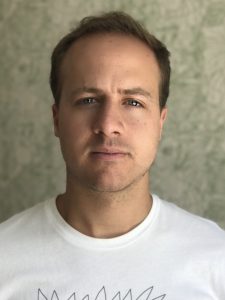 Leona, and the live appearance of director Isaac Cherem, have been generously sponsored by Conrad and Gail Siegel

Isaac Cherem graduated from the Los Angeles Film School in 2011. In 2015 he founded Fosforescente, a production company focused solely on Mexican cinema. In 2016 he produced “Two Times You.”   In 2018 he shot his directorial debut, Leona, and is currently working on the production of the film, “King of the Party,” directed by Salomon Askenazi.

After a week of pictures from around the world and across the decades, come home to the JCC and celebrate the Life Well Lived with a happy band of nonagenarians led by Carl Reiner and his friends Mel Brooks and Norman Lear.

Enjoy the film, meet our community’s nonagenarians, and join us afterwards for our Closing Night breakfast reception!

If You’re Not in the Obit, Eat Breakfast has been generously sponsored by Homeland Center and Homeland at Home.

Our thanks to the Shlomo Zalman Krevsky Fund and the Norman and Pearl Scher Philanthropic Fund of the Jewish Community Foundation of Central PA for their sponsorship of our Closing Night reception, in honor of Fannie Krevsky’s 103rd birthday.